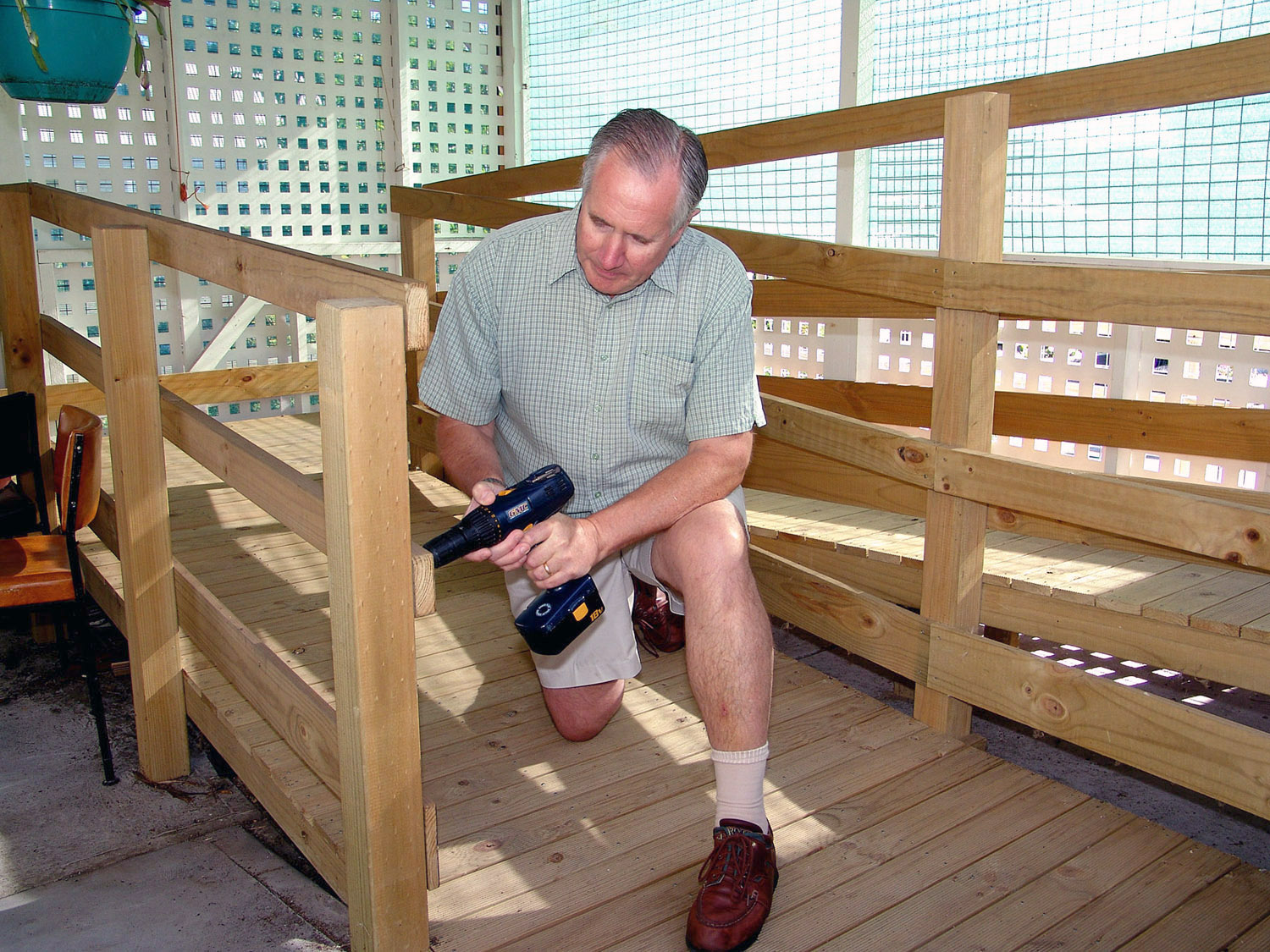 Mark was on his way to complete a ‘walking test’ at the Royal Hobart Hospital (the Royal) in October 2015 when he was hit from behind by a truck while crossing at the pedestrian crossing. Despite the seriousness of two broken ankles and no memory of the accident, Mark’s family committed to entering the 64 kilometre Bruny Island Ultra Marathon together the following year. He just had to get well.

What followed was six weeks at the Royal, where Mark developed hospital induced delirium. The delirium left him disorientated and confused and meant his hospital stay couldn’t be followed up by a rehabilitation stay.

Mark’s family applied for him to be discharged into their care. They made whatever modifications they could to their home to accommodate a wheel chair and rostered themselves so that Mark would never be alone. The bathroom provided the biggest challenge and despite every best effort Mark would always need two people to help him get into the shower.

A few months later Mark started his rehabilitation with a physiotherapist visiting him once a week at home. It was after one of these visits that Mark and his wife *Emily first came into contact with Community Based Support (CBS). Through the Major Home Modifications Program, CBS was able to modify their bathroom.  Emily explains, “We now have a ‘wet room’ with all water from the walls and floor draining out in the far corner. The floor is non slip with no furniture or fittings other than the toilet and it (the floor) laps up the wall to replace the old wooden skirting. The old basin cabinet has been replaced with a wall mounted shelf unit. Storage is now at eye level and fitted into the internal wall cavity. No bending! My temporary, cheap shower rail has been replaced with the sturdy railing used for privacy curtains in hospitals. We now have a beautiful, functional room that even allows direct access to open and close the window”.

The bathroom modifications provided by CBS will enable this couple to stay living independently in their home for a very long time.

Emily speaks very highly of her experience with CBS. “They were fantastic to get on with, pleasant and always coming up with positive things that they can do.” Along with some really good tradespeople, Emily and Mark feel they’ve made a great, long term connection with CBS. “Our needs are not extensive at the moment but if we’re ever in a bad place, we know they (CBS) can help” Emily says.

*The names used in this story have been changed to protect our client’s privacy.